How to Build Lasting Family Wealth

The United States has always been the land of opportunity. Nearly anyone with a good idea and considerable drive can find a way to begin a business, nurture it, watch it grow, and hope to pass it on to children and grandchildren. In fact, approximately 80% of American companies are closely held or family enterprises the owners have built for themselves and succeeding generations.

How many of today's entrepreneurs put their names on the door and expect the business to fail? Probably none, but if they were to return to Earth within two generations, in most cases, they would find that not only was the family name gone from the door but also that the business itself had failed. According to a 2012 Harvard Business Review article by George Stalk Jr. and Henry Foley, “Avoid the Traps That Can Destroy Family Businesses,” 70% of family‐owned businesses will be gone by the third generation. Most of them will fail or be sold before the second generation takes over, and only 10% will function as privately held companies by the third generation. The dreams of family legacy will be faint memories, perhaps preserved only in old newspaper clippings or pictures tossed into a shoebox.

The adage “Shirtsleeves to shirtsleeves in three generations” became a well‐known prophecy because it is, unfortunately, true. Typically, the first generation works hard to build wealth and a better life for the family. The second generation, which has known both the frugality required to make a fortune and the advantages wealth confers, understands the value of hard work and either maintains or even grows the family's assets. The third generation, which has never struggled, is less likely to see the relationship between work and reward and more likely to spend down the money—and the cycle must begin again.

Consider, for example, the Vanderbilts, who are the poster family for the diminishment of wealth. The first-generation patriarch, Cornelius Vanderbilt, took a $100 loan from his mother and built it into a $100 million fortune by the time he died in 1877. Reportedly, the money he left to his family was more than the United States government held in its Treasury at the time. In the second generation, William Henry Vanderbilt, who died only eight years after his father, doubled the family fortune to an amount equivalent to $300 billion in today's economy.

But by the third generation, the Vanderbilts abandoned the wealth‐creation strategies of Cornelius and William and began a cycle of spending more than they were creating. The four sons of William Henry spent fortunes on some of the most imposing dwellings in the country. Cornelius Vanderbilt II constructed a 154‐room home—the largest private residence in New York—on West 58th Street. Next came The Breakers, a seventy‐room “cottage” in Newport, Rhode Island, modeled after an Italian Renaissance palazzo. Cornelius's brother, William K. Vanderbilt, also built a summer home in Newport, the 500,000 cubic-foot Marble House. Inspired by the Petit Trianon at Versailles, it cost $11 million to build. Frederick William Vanderbilt built an imposing mansion at Hyde Park with furnishings purchased from Napoleon Bonaparte's Malmaison Palace. And in Asheville, North Carolina, the youngest of the four brothers, George Washington Vanderbilt, erected his country home, the Biltmore, America's largest private estate on 125,000 acres—the size of several American townships combined.

The lifestyles of the family members, which also included top‐of‐the‐line yachts, horses, and other expensive pastimes, were as lavish as the family's residences. Their excessive spending came at the cost of the family's financial future. As Michael Klepper and Robert Gunther point out in their book, The Wealthy 100 (Citadel Press, 1996), by the time of the first Vanderbilt family reunion in 1973, less than a century after Cornelius Vanderbilt's death, there was not a single millionaire among the 120 members of the descendants in attendance. The family was spending, but as later generations married, had children, and increased the size of the Vanderbilt clan, no one was rebuilding the fortune. They had forgotten an important lesson: As a previous generation passes away, the next generation becomes the first generation, responsible for maintaining and increasing the fortune for the growing family.

“Most family-owned businesses will be gone by the third generation.”

Even families with substantial wealth are aware that their wealth is likely to dissipate after a few generations if they don't plan well. Of course, successful wealth transition involves careful financial planning concerning investments, taxes, etc. However, in their book, Preparing Heirs: Five Steps to the Successful Transition of Family Wealth (Robert D. Reed Publishers, 2003), Roy Williams and Vic Preisser show that even the best tactical planning is not enough. Their research with more than 3,000 families over 25 years demonstrated that:

Families with significant wealth are still families. Like other families, they may interact with one another based on love, passion, resentment, anger, jealousy, and fear. And even if most of the family members get along well, money problems can create bad feelings, ranging from spats and squabbles to intrafamily lawsuits. The Robbie family is a case in point. Prior to his death in 1990, Joe Robbie, one‐time owner of the Miami Dolphins and the stadium in which the team played, made serious estate planning blunders. Although he had trust documents in place and everything appeared to be in order, problems arose.

The trust was to receive the proceeds of his estate and provide income for his wife, Elizabeth, as long as she lived. However, most of Robbie's estate consisted of nonliquid assets that didn't provide enough money for his widow. She, therefore, decided to ask for 30% of her husband's $70 million estate, which she was entitled to under Florida law. In forgoing the trust income to take her percentage, she triggered millions of dollars in estate taxes. Since there was insufficient cash to pay the taxes, the team and stadium had to be sold to settle the debt of approximately $45 million. Discord arose before and during the sale, and the heirs, many of whom were already at war with one another, lost the legacy their father had created and the chance for an amicable wealth transfer. Tactical planning had failed, and the family was fractured. Had Robbie attended to the more strategic aspects of managing his estate, things might have been very different.

As the family discovered, adding dollars to an already unstable relationship can be like adding gasoline to a fire. Smoldering resentments can burst into flame, and the resulting conflagration may burn the house down. Most wealthy families do not take an integrated approach to family wealth management, which incorporates both a strategic outlook and exceptional tactical performance. Families like the Robbies, who concentrate too heavily on traditional wealth management, generally do not do well in preparing for long‐term wealth impact. Conversely, other families may miss wealth‐creating opportunities because they put too much emphasis on harmony and don't question actions and decisions made by other family members who seem to be in charge. Or they simply rock along, content with today's gains and thinking little about the future.\

“What is needed for multi-generational wealth management and sustainability is the amalgamation of both strategic and tactical planning and execution.”

By giving scant attention to interpersonal dynamics and communication, these families may set themselves up for failure when the economy takes a turn or a family member makes a unilateral and spectacularly bad investment decision. Furthermore, the traditional wealth management providers such as banks, brokerage firms, registered investment advisors, insurance agents, accountants, and attorneys, focus primarily on conventional wealth and estate planning. They neglect to address the strategic issues that account for 97 percent of the reasons families fail to sustain wealth. What is needed for multi-generational wealth management and sustainability is the amalgamation of both strategic and tactical planning and execution.

The families who have been the most successful in running the family business also put the same effort into managing the business of family. Along with the traditional wealth management responsibilities, these families continually mine the nonfinancial elements that affect the growth (or loss) of the family enterprise. These issues include:

Although there’s no one-size-fits-all approach to building enduring family wealth, using a clear, well‐communicated, and well‐orchestrated process increases a family's opportunity for long‐term cooperation and unity, generational understanding and happiness, and financial prosperity. 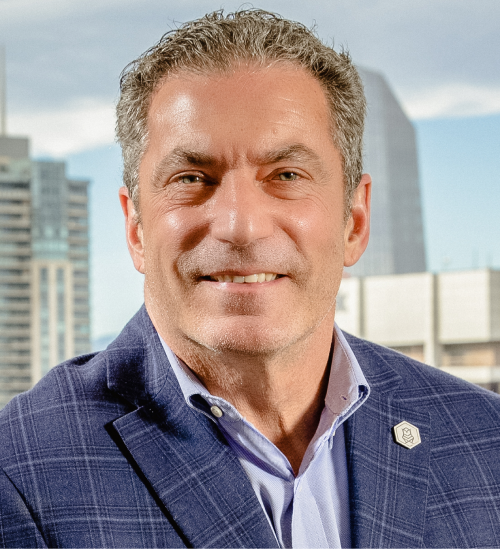 For the past 30 years, Michael has dedicated his career to supporting great families to do great things, building a better future for themselves and others. His work consists of helping families integrate the management of their wealth with its impact, blending strategic and tactical planning that preserves both financial resources and family harmony, resulting in multi-generational success.

Michael is a Managing Partner at R360 which is a by-invitation-only membership group of ultra-high-net-worth families. Before joining R360, Michael was CEO of Cresset Asset Management, LLC, a holistic wealth management firm that grew client assets from $2 billion to $10 billion in two years. When he was just 35, and after only two years with the firm, Merrill Lynch Trust named Michael president. Later, he was chosen to lead the creation of Abbot Downing, the ultra-high-net-worth multi-family office of Wells Fargo. After being recruited to build a similar business for US Bank, he served as the creator and president of Ascent Private Capital Management, an award-winning multi-family office that he grew to over $8 billion in assets.

Along with his career accomplishments, Michael is the author of More Than Money, A Guide to Sustaining Wealth and Preserving the Family (Bloomberg Press, 2017), a bestselling and critically acclaimed book on the topic of family wealth management. He is a CFP Emeritus, a former Institutional Investor’s RIA Institute Advisory Board member, and he serves as a judge for the Annual Family Wealth Report industry recognition awards. Michael is a graduate of Emory University in Atlanta, Georgia.

Next Generation Engagement: Steward or Consumer

R360 is pleased to share this white paper written by our strategic partners, Succession Advisors. Founded by two professionals who support some of the world’s most successful and high-profile families, Succession Advisors provide our members with content like this article, which discusses how to give children the opportunities of wealth while guarding against entitlement and other ills.
10 Mins

Disinherit Uncle Sam: Your Estate Can Serve a Higher Purpose

This white paper by R360 Managing Partner Michael Cole explains how an estate plan can be an instrument of purpose, ensuring the wellbeing of one's children and creating a better world for all.
26 Mins

At R360, wealth is far more than dollars and cents. This white paper by R360 Managing Partner Charlie Garcia explores the importance of Social Capital, one of the six forms of wealth.

Our purpose is to architect an oasis for strategic wealth creators and their families to flourish.